Thousands of people gathered at a peaceful protest for the climate on Boulevard Voltaire in Paris, France. The people held hands and linked arms on the sidewalk of the boulevard and displayed banners in support of the climate movement. At the start of the human chain, a collection of shoes were placed in the square of Place de la République. The many shoes were there to symbolize all the people that would have marched in the streets had the protest not been canceled by the French government.
November 29, 2015
Paris, France
Photos by Emma Cassidy | Survival Media Agency 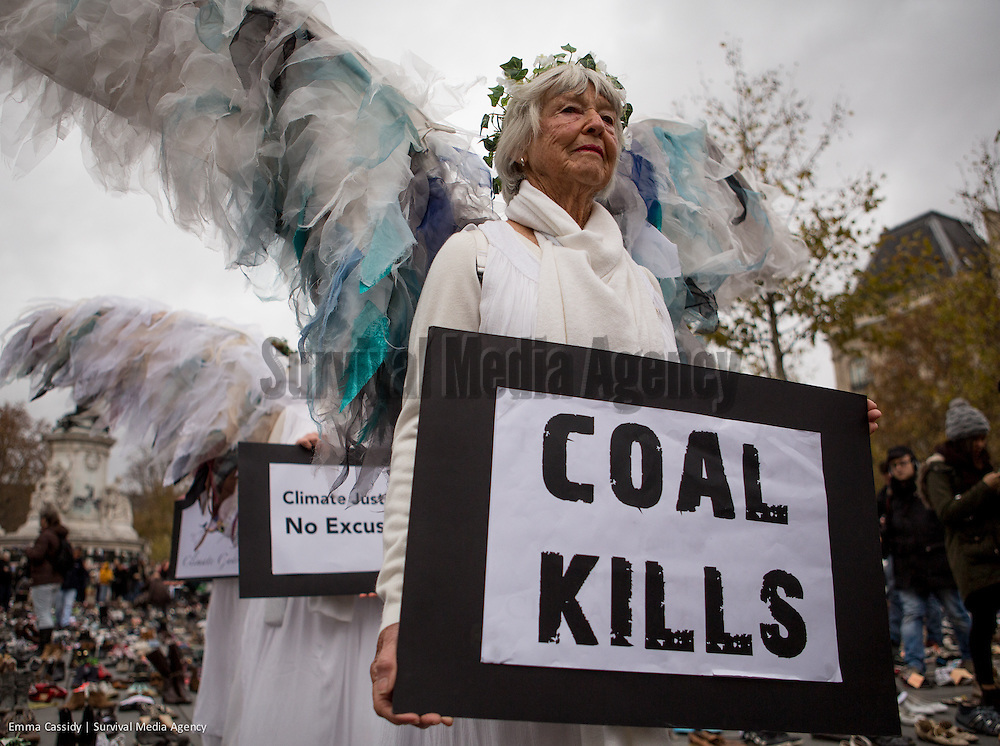