SEATTLE, WASHINGTON-- On April 22, 2017, as part of a celebration of Earth Day, thousands of people gathered for the March for Science in downtown Seattle. Many scientists participated in the march and held homemade signs and chanted "Science, not silence" as they marched down 4th Ave.

More than 600 other March for Science events took place around the country and the world today, the largest being in Washington, DC. The purpose of the march was to show support for scientific freedom without political interference. The event was organized after the election of Donald Trump as the US President, and many of the people attending the march in Seattle held signs protesting the new administration. 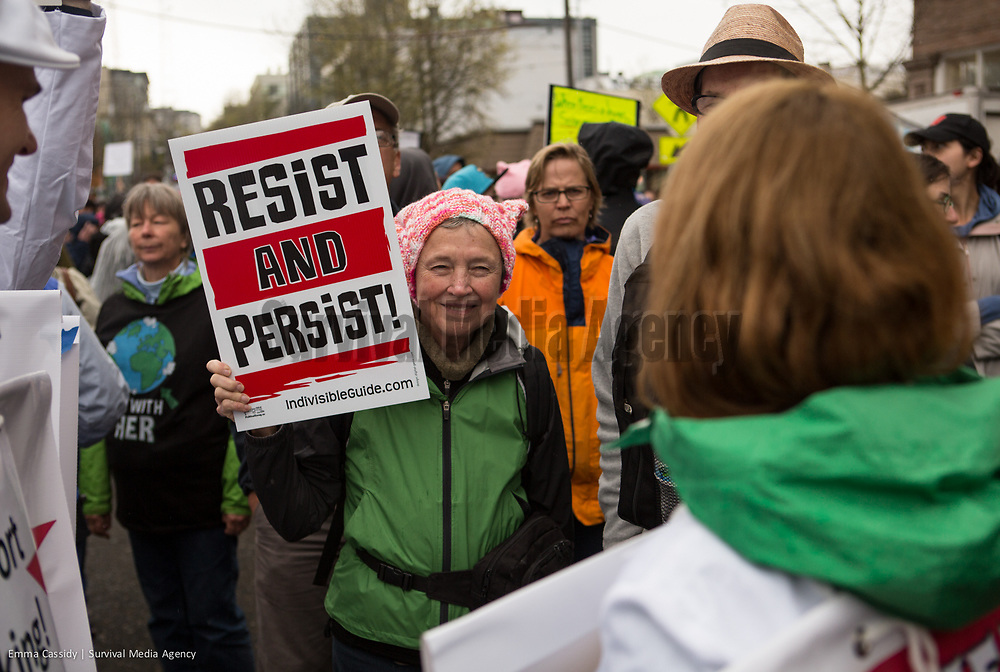