SEATTLE, WA-- On Friday, September 16, 2016, hundreds of people marched through downtown Seattle in solidarity with the Indigenous water protectors stopping construction of the Dakota Access Pipeline. This event was part of a #NoDAPL week of actions in support of the Standing Rock Sioux in North Dakota.

Thousands of people from over 200 Native Nations have gathered at Sacred Stone Camp in North Dakota to stop the Dakota Access Pipeline. If built, the Pipeline would carry crude oil upstream of the Standing Rock Sioux Reservation. Construction of the pipeline has already begun in some areas and has damaged sacred sites. 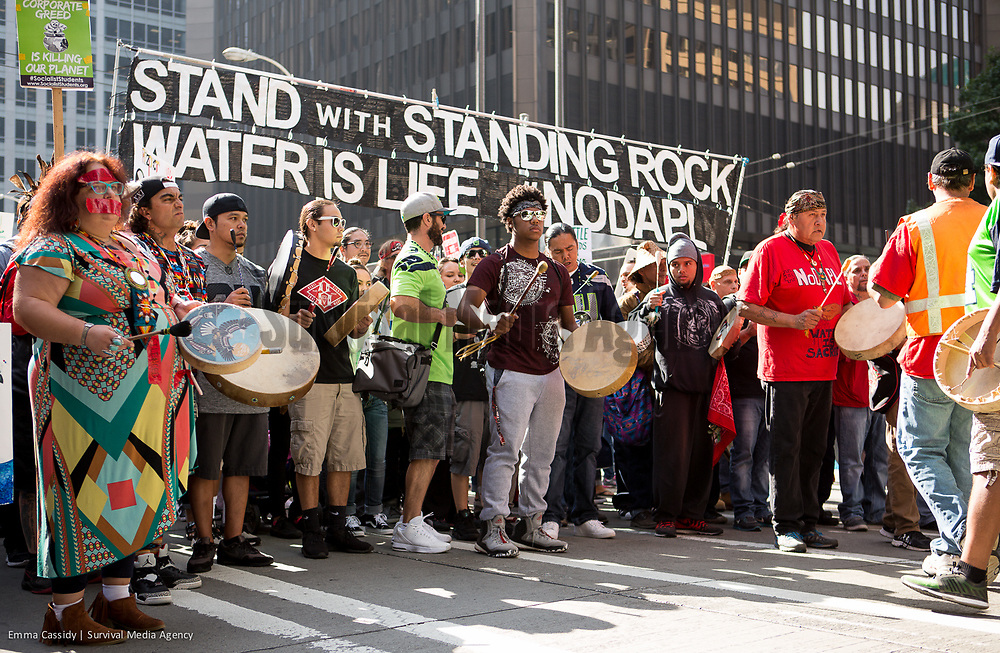